For Real is all about the real experiences, real culture, real people and real nature that makes the Sunshine Coast unique.

The campaign takes on a new relevance following the pandemic, with extensive research highlighting travellers’ desires for nature-based experiences – something the Sunshine Coast offers in spades.

Phase one of the campaign showcases the Sunshine Coast in ‘Real Time’ and will be rolled out through social media advertising and digital billboards.

Ten-second videos will show quintessential Sunshine Coast experiences and activities that can be enjoyed at the exact time the traveller sees them, giving them an excuse to dream for a few seconds and realise what they are missing out on by not being on the Sunshine Coast.

Visit Sunshine Coast (VSC) Interim CEO Craig Davidson said the new campaign would share the unforgettable experiences visitors can have on the Sunshine Coast, while supporting the region’s tourism industry as it moves towards recovery.

“Whether its swimming with humpback whales as they migrate their way up north with Sunreef Mooloolaba or taking on one of Australia’s highest ropes courses at the TreeTop Challenge, the Sunshine Coast offers tremendous authenticity,” he said.

“It is where the natural environment meets innovative and respectful thinking – and our people are the crucial ingredient that makes the Sunshine Coast such an attractive destination for all markets. 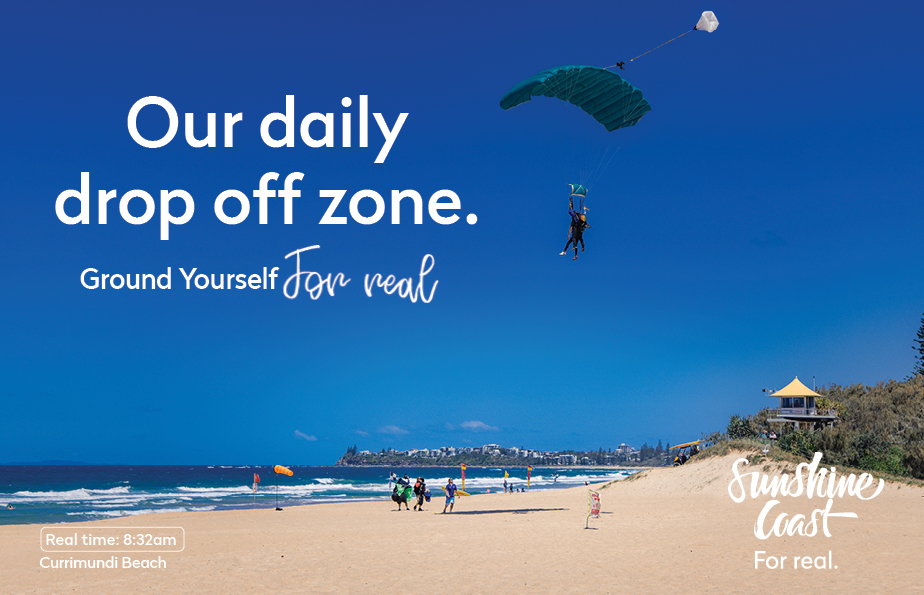 “Undoubtedly the Sunshine Coast has had a reputation for its premium beach and nature-based environment, and today there is even greater desire for uncrowded beaches, wide-open spaces and a genuine respect for nature, which is reflected in this campaign.

“We are not about mass tourism, but rather emphasising our incredibly diverse geography and range of attractions.”

For Real will be rolled out in phases, with phase one targeting Queensland’s drive market.

VSC has partnered with booking agents Wotif.com and Experience Oz for the campaign to further drive bookings to Sunshine Coast accommodation providers and attractions.

“Importantly the campaign will include a number of ‘real deals’ – including mid-week specials – that will help bolster bookings as we move out of the school holiday period in to what is traditionally a quieter time for Sunshine Coast tourism,” Mr Davidson said.

“The campaign will evolve as Queensland opens up further to interstate travellers. Already we have seen outstanding results from the launch of new direct air services from Cairns and the resumption of flights from Adelaide, but clearly many of our operators have suffered as a result of the loss of key markets such as NSW, Victoria and New Zealand.

“Fortunately we switched very early to targeting the local drive market – with considerable success – but the launch of this new campaign signals the start of a much wider promotional effort.”

The campaign launch comes days after VSC sent a message in the sand at Coolum Beach to travellers on board the sold-out Qantas Great Southern Land scenic flight of Australia encouraging them to start planning their next Sunshine Coast escape – For Real. 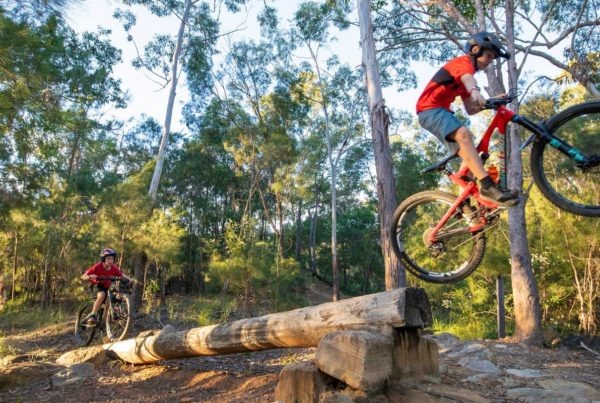