A significant milestone for the ‘Rattler’

On the face of it, celebrating a first anniversary might not seem a huge milestone, but given that the resumption of Mary Valley Rattler services last year revived a rail pedigree dating back to the 1880s, the birthday party tomorrow takes on far greater significance.

The Rattler was in many ways the ‘symbol’ of the Mary Valley, having operated as a tourist train since the 1990s. Its languid journey through the hills of Mary Valley was loved by travellers of all ages, so when the train service was suspended in 2012 – due to the state of the train line – it was a severe blow to the region’s tourism sector.

The return of the Rattler is really a triumph of community passion and a tribute to good old hard work. The birthday party is as much a celebration of the people behind the Rattler as it is for the trains themselves. 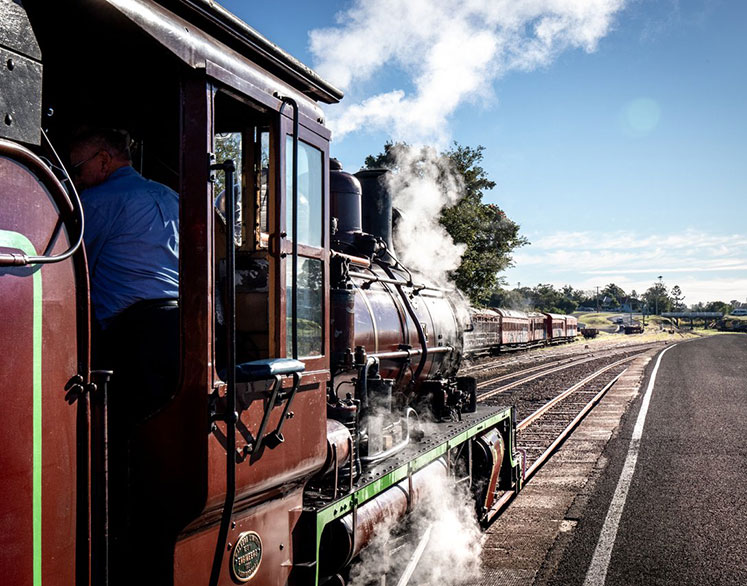 No one is pretending that getting the Rattler back on the rails was easy. The six years derailment may have seemed a long time, but the need to respect the heritage was paramount – and the results justified the delay.

What is really special about the Rattler service is that it continually evolves. Just last month locomotive C 17 967 joined engine C17 974, and now the Rattler can operate six times a week (from the original three), and next month they will add a really special service called the Taste Train.

This is really exciting because the Mary Valley is one of Australia’s great food bowls, so to showcase the region’s produce will make the journey even more attractive.

That wonderful food ambassador for the Gympie and Sunshine Coast regions, Matt Golinski, did a brilliant job catering for the Rattler’s foodie experience during The Curated Plate, and it is fantastic that he will be involved again with the launch of the Taste Train.

I think the rise, fall and reinvention of the Rattler is a powerful tourism story for the region. Rather like the Big Pineapple, being famous at one particular time doesn’t guarantee you will remain famous forever.

It is all about evolution. Constantly looking at what the market wants and then delivering the goods.