Australia’s Craft Beer Capital – the Sunshine Coast – is celebrating the return of interstate travellers by announcing the country’s biggest welcome back party.

At 4pm on Friday, 17 December, the Sunshine Coast’s 21 craft breweries will simultaneously throw open their doors for a lavish bash of craft beer and good times.

The event is a chance for Australian travellers to reunite with friends and family while doing something sorely missed by many after months of intermittent lockdowns: getting together and drinking a craft beer with loved ones.

To top it off, on the night guests at the breweries will have the chance to win a year’s supply of Sunshine Coast craft beer.

The announcement comes as the Sunshine Coast welcomes back interstate visitors from 1am, 13 December, four days earlier than expected after Queensland reached its 80% double vaxxed target just in time for Christmas.

Visit Sunshine Coast CEO Matt Stoeckel said the welcome back party is all about reuniting loved ones after months of border closures, while shining the spotlight on the Sunshine Coast as Australia’s Craft Beer Capital.

“After months of uncertainty for the tourism industry, our state’s borders reopening to Australia just in time for the holidays is a moment worth celebrating,” Mr Stoeckel said.

“This day has been a long time coming, not only for our local business who rely on interstate travellers, but friends and family who have been separated from their loved ones.

“We wanted to do something that made people smile, and the welcome back party is about having some fun.”

Mr Stoeckel said hosting the event simultaneously at the region’s craft breweries was a no-brainer.

“With 21 craft breweries across our region the Sunshine Coast is home to the largest number of breweries per capita in the country, making us Australia’s Craft Beer Capital,” Mr Stoeckel said.

“Our breweries are so much more than producers of award-winning beer, they are places to come together, enjoy good food and drink, listen to live music and have a good time. 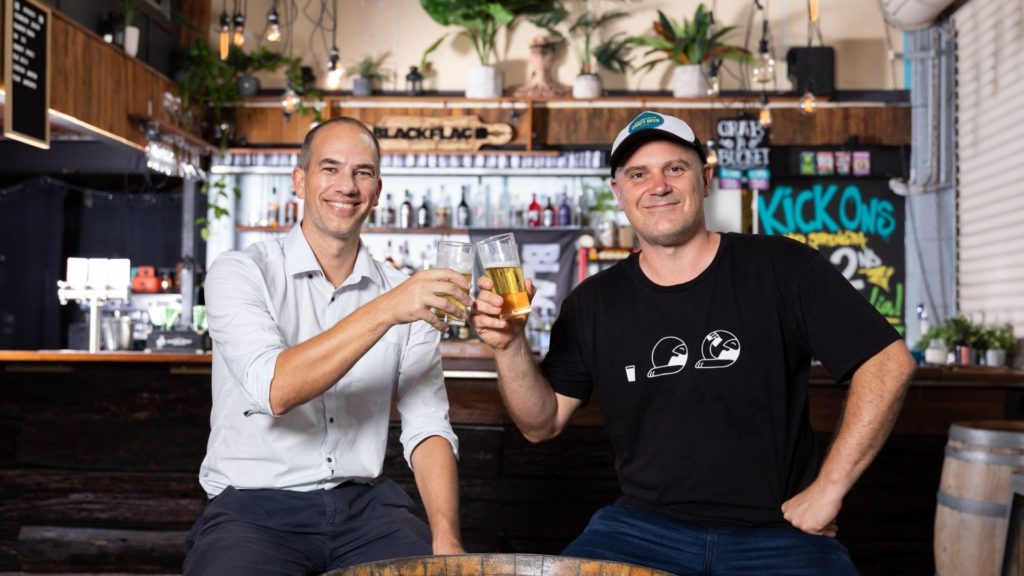 “Behind every one of our brewers is a story with many focused on sustainability and celebrating our region’s local produce, and that’s something we want to share with visitors.”

No one knows the Sunshine Coast’s craft beer scene better than Josh Donohoe, who for the last five years has run Sunshine Coast Craft Beer Tours.

He said the region’s craft beer scene had really come of age, and the local brewers were excited to host Australia’s biggest welcome back party.

“The Sunshine Coast has such a diverse range of breweries and venues that have become incredibly popular for locals and visitors to experience,” Mr Donohoe said.

“With borders reopening it’s the perfect opportunity to celebrate with family and friends at our local breweries who will all be participating in the event on 17 December, with live music, great food specials and new beer releases.

“We encourage those visiting the Sunshine Coast for the first time to join one of our tours and get behind the scenes to learn more about the beers and the stories of our local craft beer industry.”