Queensland’s Sunshine Coast will kick-off its 50th anniversary year in 2017 with a feast of summer festivals.

The 1960s was one of the most colourful eras in our history, with 1967 arguably the ‘sunniest’ of them all, as flower power reached its zenith, so it proved a perfect year for the ‘Near North Coast’ to be renamed the Sunshine Coast.

Appropriately, the first major festival of 2017 is the Ginger Flower & Food Festival, which celebrates the Sunshine Coast’s rich agricultural profile and the international renown of ‘Buderim ginger’. Ginger was first planted at Buderim just after World War I. The plants flourished and became the root stock for an entire industry, with Buderim ginger gaining renown for its quality and mild taste, golden colour and fibre-free consistency. 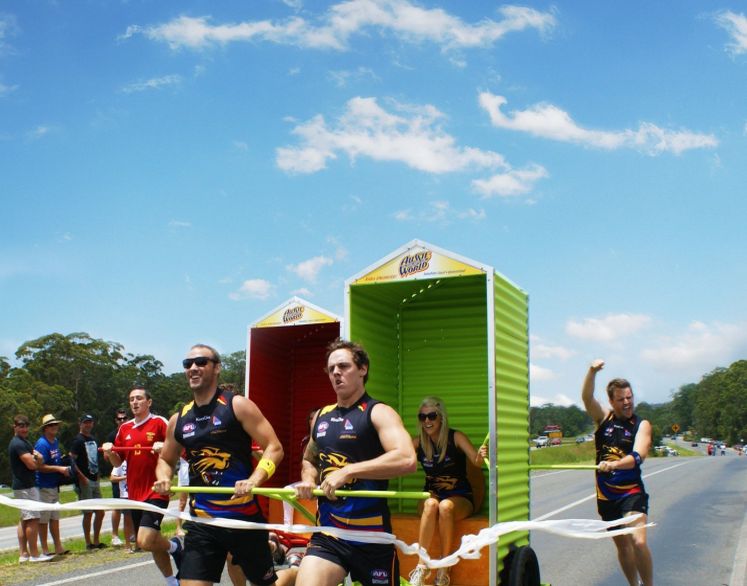 The Ginger Factory was moved to Yandina in 1978, which is where the Ginger Flower and Food Festival will be held from Friday 20 to Sunday 22 January. Over three spectacular days of food, flowers and entertainment, the park will burst alive with colour, showcasing the largest and most exquisite range of ornamental gingers and heliconias that thrive in our sub-tropical climate.

There will be specialist workshops, demonstrations and tastings, and a wide range of kids activities, including rides, entertainment and sampling of ginger-infused smoothies, cordials and – of course – gingerbread men.

Arguably the best way to end the summer holidays and celebrate Australia Day at the same time is by participating in a unique Australian past time – Dunny Races. The celebration of the old Australian outdoor toilet is held each on Australia Day, January 26, at Aussie World. Other events include tug of war and mullet tossing.

Beachside events are a ‘natural’ for the Sunshine Coast and in February, the Gatorade Queensland Triathlon will take place 6 February at Caloundra and is open to athletes of all ages (from 7 years up) and abilities to compete in a fun, friendly environment.

This will be followed by the Noosa Summer Swim on the weekend of 11 – 12 February, offering a range of distances from junior events to a new 5.0km marathon distance where seasoned swimmers can push their limits.

On the same weekend, the Queensland Cross Triathlon Championships Multisport Weekend will be held on the banks of Ewen Maddock Dam in the Hinterland. The rainforest trails and fern-filled bushland provide the perfect setting for a weekend of off-road action for the adventurous at heart. Riders will love the flowy course, as well as the pinchy climbs, tight corners, rock gardens and spectacular views.

And after such exertions, it is worth celebrating with a glass of “sunshine in a bottle” at the legendary STOMP at Flame Hill Vineyard in the Hinterland village of Montville. The Festival celebrates the grape harvest, which last year produced a host of medals for the vineyard, including Gold for their debut Fiano white wine in the Australian & New Zealand Smallmakers Wine Awards. The ‘Stomp’ will be held on Saturday, 25 February from 12 noon-5:30pm, and festivities include live entertainment, wine tasting, fine food and plenty of DIY crushing activities.

For a full range of events and holiday options on the Sunshine Coast – www.visitsunshinecoast.com.au