The all-time high for domestic visitors just eluded the Sunshine Coast in the latest National Visitor Survey (NVS), but the Sunshine Coast ended the year by outperforming the Australian and Queensland growth figures, with 13.5% growth in visitor numbers to a total of 3.25 million for the year to September 2016. The all time record visitation record was 3.3 million recorded for the 12 months to March 2005.

Holiday visitors to the Sunshine Coast grew at an even faster rate of 19.6% fuelled by 33.6% growth in visitors from Victoria, 17.8% from NSW and 10.7% growth from intrastate, including 17.2% increase from Gold Coast visitors.

The sharp rise in domestic tourism powered the visitor spend figures to an all time high level, contributing $2.06 billion (up 14.4%) to the Sunshine Coast economy in the year to September 2016.

“This is a great way for the Sunshine Coast to finish the year,” said Visit Sunshine Coast CEO, Simon Latchford. “In fact, if visitors arriving by cruise vessels had been added to the numbers we might have broken the all-time record figure.

“The figures tell some interesting stories. Firstly, the fact that expenditure grew even faster than visitor numbers highlights that we are seen as a premium destination. People aren’t just ‘flopping and dropping’ – they are touring around the region, spending money at restaurants and at attractions.

“The fact that holiday visitors – particularly from interstate – increased even faster than overall visitor numbers highlights the success of the region’s events strategy and our diversified image. People are not just visiting the Sunshine Coast for our beaches, they are coming for our spas, cooking schools, festivals and adventure activities. 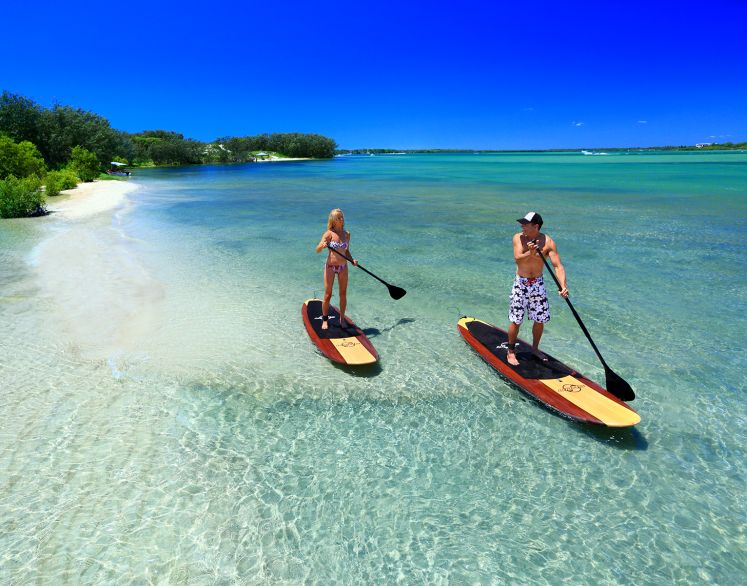 “It will be fitting to break the all-time record for domestic tourism during the Sunshine Coast’s 50th anniversary year in 2017, as it highlights the incredible work done by all of the region’s operators over the past few years. In particular, Sunshine Coast Airport has performed at record levels, passing the one million passenger milestone for the first time.

“We would like to acknowledge the very positive contribution to tourism shown by Sunshine Coast Council, along with our partners in Noosa and Gympie, and Tourism Events Queensland. Tourism is a shining light in the State’s economy and there are excellent prospects for future sustained growth in the coming years as new tourism infrastructure and marketing campaigns comes on line.”

Additional comments from Mantra, one of the largest accommodation suppliers on the Sunshine Coast:

“We operate seven resorts on the Sunshine Coast and all are experiencing solid occupancy levels, especially those situated in the holiday hotspots of Mooloolaba and Noosa.

“This strong performance is set to continue with favourable conditions forecast for the Sunshine Coast tourism market.”