The Sunshine Coast has achieved its best domestic visitor figures for over a decade, growing arrivals by 7.8% for the year to the end of June 2016, according to Tourism Research Australia’s National Visitor Survey, released today.

Increases in air services from Sydney and Melbourne saw impressive interstate visitor growth of 7.5% to 705,000, with Melbourne growing 21.2% and Sydney 16.9%. Jetstar will commence direct services from Adelaide at the end of this month, which is likely to add to Sunshine Coast Airport’s record of being Australia’s fastest growing airport for the past 11 consecutive months.

Continued low petrol prices saw intrastate visitors to the Sunshine Coast grow even faster (7.9%) to 2.4 million visitors. With more families taking to the road for holidays, Sunshine Coast attractions such as Australia Zoo and Maleny Botanic Gardens & Bird World reported record business for the first-half of 2016, while hotels and attractions in Caloundra, Maroochydore, Mooloolaba and Coolum have enjoyed the most encouraging year since the GFC. 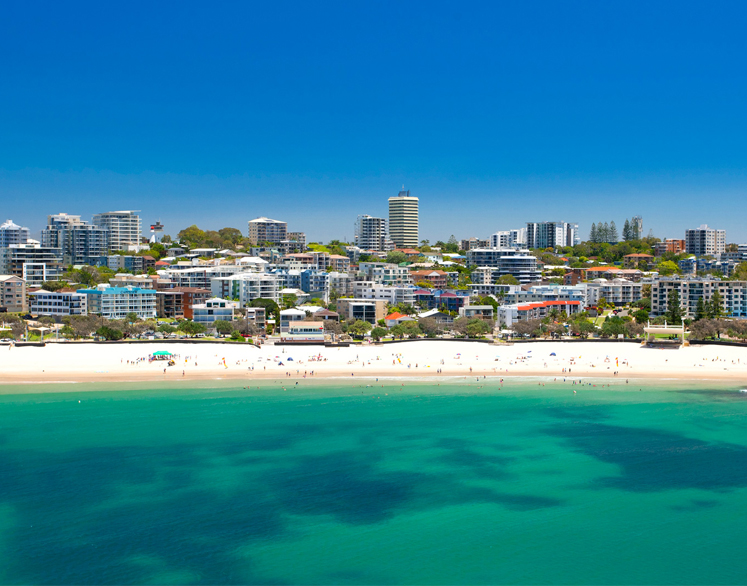 “Petrol prices were just below the $1 a litre mark when the Sunshine Coast recorded its highest ever domestic figures eleven years ago, so the return of $1 petrol prices is once again fuelling a renaissance of the great Australian road trip,” said Visit Sunshine Coast CEO, Simon Latchford.

“Operators up and down the Coast have been reporting their best results in years. Noosa has been particularly strong in the interstate market, and with Jetstar starting new direct flights from the end of September, I’m confident we can beat the all time record soon.

“Visit Sunshine Coast’s campaigns have had excellent traction in the southern States, and with a particularly wet and cool winter in cities like Melbourne, Sydney and Adelaide, the July to September quarter is likely to show even stronger growth as residents flew north for some warmth and sun.

“2016-17 is looking very encouraging. We have a record level of events on the calendar, significant infrastructure development and a range of new attractions and activities to provide even more reasons to visit.

“We’ve also signed a strategic marketing agreement with the Mantra hotel group that will boost promotional activity for Sunshine Coast visitation. They have seven resorts across the region and are particularly popular with interstate and intrastate travellers, so we are confident of taking domestic visitor figures to new heights in 2017.”

Sunshine Coast Mayor Mark Jamieson said the continued growth in visitor numbers showed the secret was out that Sunshine Coast was the perfect place for a getaway.

“Thanks to a very strong relationship between this Council, Sunshine Coast Airport and Visit Sunshine Coast, we are successfully showcasing our region’s natural assets, attractions and friendly and welcoming community to new and expanding markets.

“Sunshine Coast Council has a clear plan and determined focus to attract major events here and in the process has become the regional events capital of Australia.

“Many visitors attending a sporting, cultural or arts event or visiting for a conference are first timers and we know that once they get a taste of the Sunshine Coast they’ll return again and again, keen to discover all we have on offer.

“We live in the best places on earth and we’re rolling out the welcome mat to our guests.”