Ready to welcome South Australians to the Sunshine Coast

The Sunshine Coast has started a major promotional campaign in South Australia in advance of the start of Jetstar’s direct service flights between Adelaide and Sunshine Coast Airport on 30 September.

The campaign includes promotions in cinemas, shopping centres, petrol stations and local media, and should be well received after Adelaide residents experienced one of the wettest and coolest winters in a number of years. 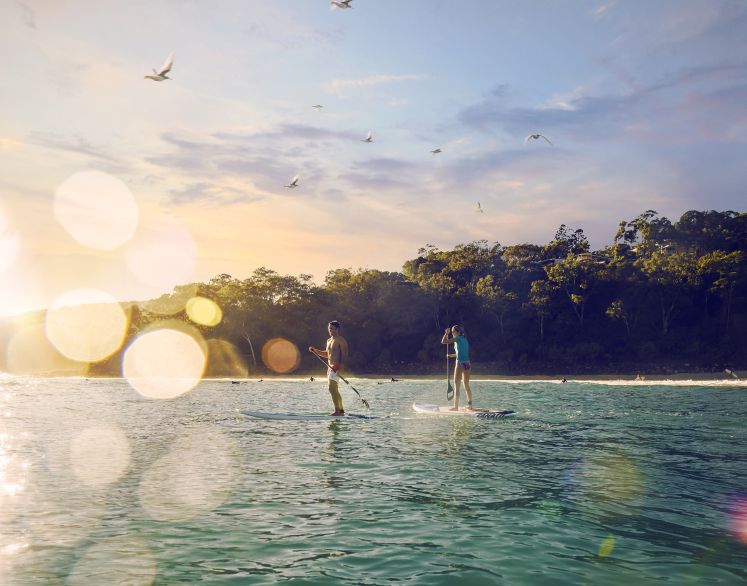 In the first ten weeks of winter, Adelaide’s average temperature was just below 15C and there were 46 wet days out of 72 (up to 10 August). In contrast the Sunshine Coast averaged 22.5C for the same period with an average of over seven hours of sunshine per day.

Many webbed-feet Adelaide folk escaped to the Sunshine Coast via Brisbane over the winter, but for those wanting direct flights, Jetstar’s flights will commence just in time for the South Australian spring school holidays.

Flights will will operate on Wednesday, Friday and Sunday each week and take just over two hours, arriving at Sunshine Coast Airport at 0850, just in time for a swim, spa or gourmet breakfast at one of the region’s renowned markets.

The Jetstar flights will add to the record performance of Sunshine Coast Airport, which has led Australia’s airport sector over the past year with ten successive months as Australia’s fastest growing airport, according to official figures from the Bureau of Infrastructure, Transport and Regional Economics (BITRE).

Commenting on the pre-launch campaign, CEO of Visit Sunshine Coast, Simon Latchford, said that many South Australians had visited the Sunshine Coast in recent years, but the trip was now easier and the destination offered even more attractions and activities.

“Our strategy has been to diversify our market base as widely as possible, and the start of direct Jetstar services from Adelaide complements significant growth in direct services from Sydney, Melbourne and across the Tasman,” he said.

“What makes the Sunshine Coast such a special destination for South Australians is the diversity of what we offer. Yes we have some of Australia’s finest beaches and an incredible array of water activities, but we also have the richness of the Hinterland, with its outstanding food, markets, rainforest experiences, and high class accommodation. We are confident that we can offer South Australian visitors a truly unique and memorable holiday.”

Tourism Noosa CEO Damien Massingham said that growing the interstate market was a key priority for the region.

“Tourism Noosa is pleased to be supporting this initiative to drive more traffic into the Sunshine Coast Airport. The interstate market is an important one for the region, and Noosa has a close affinity with Adelaide and South Australia, given our strong food, events and cultural offerings. There’s also a large ex-South Australian community living in Noosa so we expect that many passengers will be visiting friends and family as well. These new flights will be fantastic for all concerned.”

“The new flights will make it so much easier for South Australian’s to access the Sunshine Coast and we can’t wait to see more of them enjoying their holidays in this beautiful region,” he said.

“Jetstar’s confidence in our region is a tremendous show of support and with 56,000 seats between Adelaide and the Sunshine Coast becoming available, friends and families living in the two regions will also be able to take advantage of the new services.”