If the walls of the 21 breweries of the Sunshine Coast could talk, you’d hear stories about experimental home brews, burning ambition and above all, good beer.

Today these stories have come to life, with the launch of the ‘In Pursuit of Hoppiness’ podcast.

Speaking with 16 independent craft brewers from Australia’s Craft Beer Capital – the Sunshine Coast – the series celebrates the people behind the pint.

The podcast was produced by Visit Sunshine Coast in partnership with Southern Cross Austereo (SCA) and is hosted by none other than legendary news anchor, Paul Taylor.

In Pursuit of Hoppiness is available to stream through most podcast apps including Spotify and Apple Podcasts, and launching the series is one of Australia’s most awarded breweries – Moffat Beach Brewing Co.

Speaking with Owner and Brewer Matt Wilson, the episode covers everything from experimenting with home brewing in the garage to whether you spit craft beer out like wine when you’re doing a tasting (spoiler, you don’t).

“There was nowhere to get a beer at Moffat Beach at that stage and that was our sort of light bulb moment,” Wilson, whose craft beer journey started when he and his wife Sharynne bought a café in Moffat Beach in 2012, said. 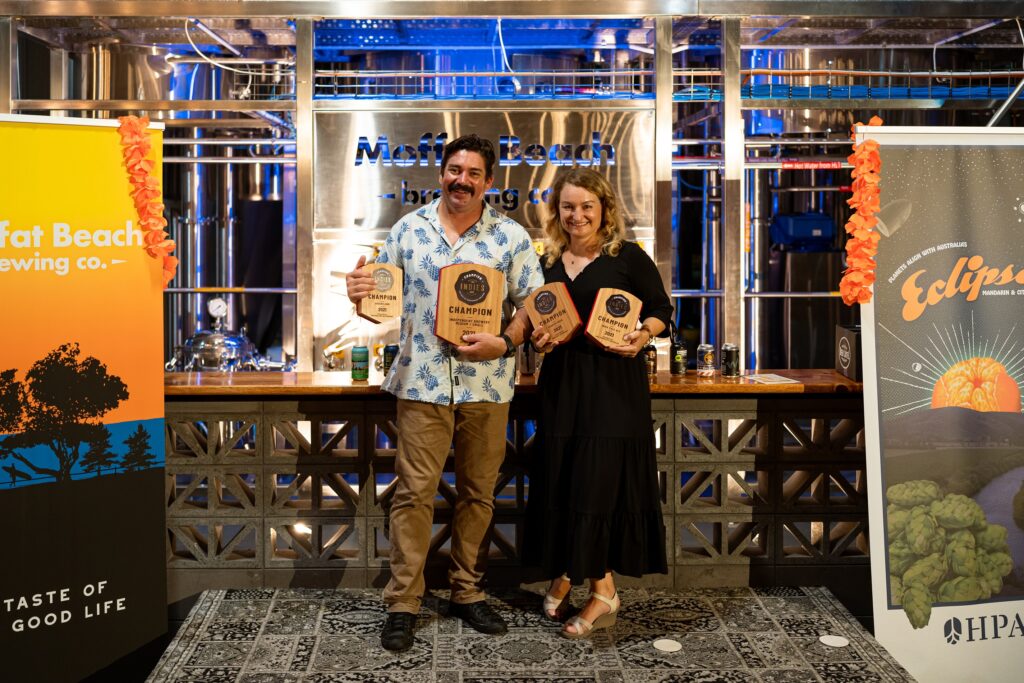 “We put in craft beer… we wanted a point of difference and I enjoyed drinking it and I started brewing at home to educate myself on what it was I was actually selling.

“It overtook the garage and then it became a pretty big obsession and then Sharon just said ‘the beers are tasting pretty good, maybe we look at putting a little brewery in the café’.”

After three years of trial and error – including some batches that even Wilson admitted tasted like ‘paint stripper’ – they found their stride.

And this is just one of the many success stories to come out of the Sunshine Coast’s craft beer scene.

Visit Sunshine Coast Head of Marketing Kelly Ryan said the podcast was the latest initiative being rolled out as part of the Sunshine Coast’s Australia’s Craft Beer Capital initiative.

“With more breweries per capita than any state or territory in Australia, the Sunshine Coast is officially Australia’s Craft Beer Capital,” she said.

“With this we saw an opportunity to come together and market the Sunshine Coast as a craft beer destination, and since the launch in December 2021 we have released craft beer maps, rolled out national campaigns, partnered with Beervana in New Zealand and created a dedicated landing page on visitsunshinecoast.com celebrating our craft beer scene.

“The In Pursuit of Hoppiness podcast is all about sharing the stories of the people behind the pint, getting to hear from the brewers themselves on what makes our craft beer so good.

“Throughout the series you’ll hear about sustainability, how brewers are working with local producers to go paddock to pint, incredible tales of triumph, trial and error and unwavering passion.

“But what struck me most when listening to the podcast was the warmth and friendliness of the craft beer community we have here, we all support one another, and that’s what makes Australia’s Craft Beer Capital so special.” 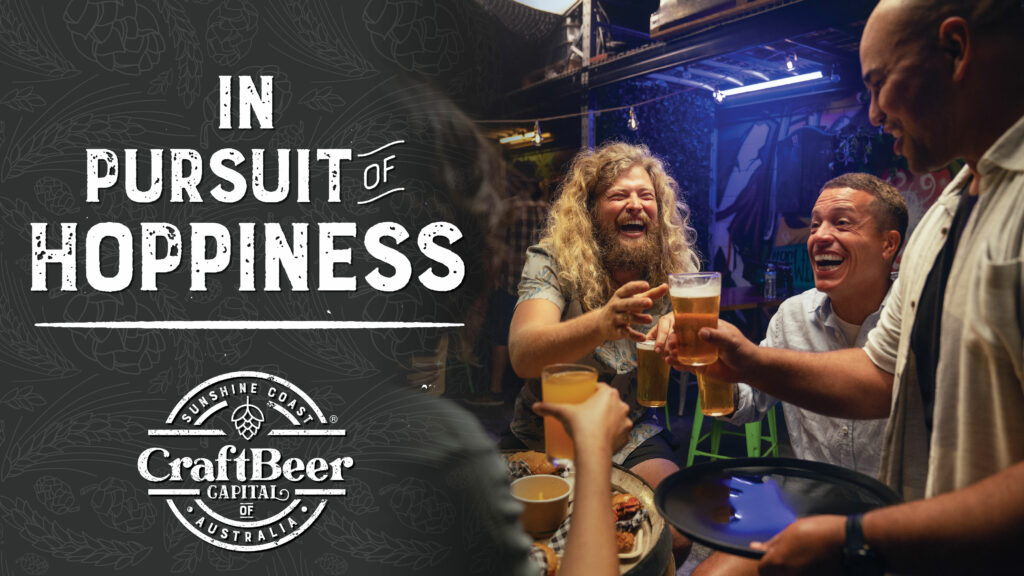 In Pursuit of Hoppiness includes a bonus 5-episode spin off series speaking with different distillers from the Sunshine Coast.

To listen to In Pursuit of Hoppiness, head to visitsunshinecoast.com/in-pursuit-of-hoppiness-podcast.